Sir Ka-shing Li, GBM, KBE,[3] JP (born 13 June 1928)[4][5] is a Hong Kong business magnate, investor, and philanthropist. He was born in Chao’an, Chaozhou. As of January 2018, Li is the 23rd richest person in the world, with an estimated net worth of US$37.7 billion.[2] He is the senior advisor for CK Hutchison Holdings[6], after he retired from the Chairman of the Board in May 2018[7]; through it, he is the world’s leading port investor, developer, and operator of the largest health and beauty retailer in Asia and Europe.[8]

Li was one of the most influential entrepreneurs in Asia, presiding over a business empire with a diverse portfolio of businesses from a wide array of industries, including transportation, real estate, financial services, retail, and energy and utilities.[9] His conglomerate company Cheung Kong Holdingswas influential in many sectors of the Hong Kong economy and made up 4% of the aggregate market capitalisation of the Hong Kong Stock Exchange.[10] Forbes Magazine and the Forbes family honoured Li Ka-shing with the first ever Malcolm S. Forbes Lifetime Achievement Award on 5 September 2006, in Singapore.[11] In spite of his wealth, Li cultivated a reputation for leading a frugal no-frills lifestyle, and was known to wear simple black dress shoes and an inexpensive Seiko wristwatch. He lived in the same house for decades, in what has now become one of the most expensive districts in Hong Kong, Deep Water Bay in Hong Kong Island. Li is also regarded as one of Asia’s most generous philanthropists, donating over billions of dollars to charity and other various philanthropic causes, and owning the second largest private foundation in the world after Bill & Melinda Gates Foundation.[12][13] Li was often referred to as “Superman Li” in Hong Kong because of his business prowess.[14][15]

Li was born in Chao’an, Chaozhou in Guangdong Province, Republic of China, in 1928 to Teochew parents. Owing to his father’s death, he was forced to leave school before the age of 15 and found a job in a plastics trading company where he worked 22 hours a day. In 1950 he started his own company, Cheung Kong Industries.[16] From manufacturing plastics, Li developed his company into a leading real estate investment company in Hong Kong that was listed on the Hong Kong Stock Exchange in 1971. Cheung Kong expanded by acquiring Hutchison Whampoa and Hongkong Electric Holdings Limited in 1979 and 1985 respectively.[17]

In September 2017, Li was to join hands with Alibaba‘s Jack Ma to bring a digital wallet service to Hong Kong.[18] In March 2018, Li was to retire at the age of 89 after his 68-year reins on his holdings company and his assets company since the day of the annual Press Release. He would serve his conglomorate as a senior advisor and his son, Victor Li, was to succeed the chairmanship.[19]

From his humble beginnings in China as a teacher’s son, a refugee, and later as a salesman, Li provides a lesson in integrity and adaptability. Through hard work, and a reputation for remaining true to his internal moral compass, he was able to build a business empire that includes: banking, construction, real estate, plastics, cellular phones, satellite television, cement production, retail outlets (pharmacies and supermarkets), hotels, domestic transportation (sky train), airports, electric power, steel production, ports, and shipping.[20]

In 1950, after learning how to operate a plant, Li founded a plastic manufacturing company in Hong Kong with personal savings and funds borrowed from relatives. Li avidly read trade publications and business news before deciding to supply the world with high quality plastic flowers at low prices. Li learned the technique of mixing colour with plastics that resemble real flowers. After retooling his shop and hiring the best technicians he could find, he prepared the plant for a visit from a large foreign buyer. Impressed with the quality of Li’s plant, the buyer placed a large order. A few years later, Li grew to be the largest supplier of plastic flowers in Asia and made a fortune selling them.[21]

In 1958, believing rents would continue to rise, Li decided to purchase a site and develop his own factory building. An opportunity to acquire more land arrived after the 1967 riots when many people fled Hong Kong, and, as a result, property prices plummeted. Li believed the political crisis would be temporary and property prices would eventually rise, and bought land from the fleeing residents at low prices. In 1971, Li officially named his real estate development company Cheung Kong (長江實業). Cheung Kong Holdings was publicly listed in Hong Kong Stock Exchange in 1972. During board meetings, Li stated on a number of occasions his goal of surpassing the Jardines-owned Hongkong Land as a leading developer.[22]

The successful bid by Cheung Kong for development sites above the Central and Admiralty MTR stations in 1977 was the key to challenging Hongkong Land as the premier property developer in Hong Kong. Despite its size, Jardines decided in the 1980s to protect itself from hostile takeover by Li or other outside investors. The company implemented a cross-shareholding structure that was designed to place control in the hands of Britain’s Keswick family despite their less than 10% holdings in the group. In 1984, the company also moved its legal domicile from Hong Kong to another British overseas territory – Bermuda, in anticipation of the transfer of sovereignty of Hong Kong to People’s Republic of China in 1997.[23]

In an effort to drive forward divestitures of assets in Hong Kong and the Chinese Mainland, Li agreed to sell The Center, the fifth-tallest skyscraper in Hong Kong.[24] With a volume of HK$40.2 billion ($5.15 billion), the deal constitutes the biggest ever office space real estate sale in the Asia-Pacific region.[24] Last year, Li sold the Century Link complex in Shanghai for $2.95 billion, the second largest transaction for a single building, according to the Financial Times.[25]

A subsidiary of CK Hutchison, the A.S. Watson Group (ASW), is a retail operator with over 12,000 stores. Its portfolio encompasses retail brands in Europe such as Superdrug (UK), Marionnaud (France), Kruidvat (Benelux countries), and in Asia including health and beauty retailer Watson’s store and wine cellars et al., PARKnSHOP supermarkets (and spin-off brands), and Fortress electrical appliance stores. ASW also produces and distributes water products and beverages in the region.

CK Hutchison group has the reputation of being an astute asset trader. It builds up new businesses and sells them off when shareholder value could be created. Huge profits were obtained in the sale of its interest in Orange to Mannesmann Group in 1999, making a profit of $15.12 billion. In 2006 Li sold 20% of Hutchison’s ports business to Singapore rival PSA Corp., making a $3.12 billion profit on a $4 billion deal.[27]

Group subsidiary Hutchison Telecommunications sold a controlling stake of 67% in Hutchison Essar, a joint venture Mobile operator in India, to Vodafone for $11.1 billion. It had invested roughly $2 billion earlier.[28]

Li has also made a foray into the technology business, where his investment and venture capital firm Horizons Ventures is specifically allocated towards backing new internet and technology startup firms, and bought a stake in doubleTwist.[29] His other firm, the Li Ka Shing Foundation bought a 0.8% stake in social networking website Facebook for $120 million in two separate rounds,[30][31] and invested an estimated $50 million in the music streaming service Spotify.[29] Some time between late 2009 and early 2010, Li Ka-shing led a $15.5 million Series B round of financing for Siri Inc.[32]

In 2013 a claim was lodged by the Australian Tax Office (ATO) against Cheung Kong Infrastructure (CKI) to pay approximately A$370 million in unpaid tax, penalties and interest relating to tax disputes concerning SA Power Networks and Victoria Power Networks. The dispute was resolved in 2015 when CKI entered into an agreement with the ATO. No penalty was levied against CKI and a sum of approximately A$24 million was refunded from the A$64 million previously paid to the ATO by CKI.[40][41]

After his almost-70-year-long reign over CK Hutchison Holdings and CK Asset Holdings, Li announced his retirement on 16 March 2018 and the decision to pass his $100bn empire on to his son, Victor Li.[42][43] Yet, he would still be involved in the conglomerate as a senior advisor.[44][45]

Besides business through his flagship companies Cheung Kong Property Holdings and CK Hutchison Holdings Limited, Li Ka-shing has also personally invested extensively in real estate in Singapore and Canada. He was the single largest shareholder of Canadian Imperial Bank of Commerce (CIBC), the fifth largest bank in Canada, until the sale of his share in 2005 (with all proceedings donated, see below). He is also the majority shareholder of a major energy company, Husky Energy, based in Alberta, Canada.[46]

In January 2005, Li announced plans to sell his $1.2 billion CAD stake in the Canadian Imperial Bank of Commerce, with all proceeds going to private charitable foundations established by Li, including the Li Ka Shing Foundation in Hong Kong and the Li Ka Shing (Canada) Foundation based in Toronto, Ontario.[47] Li was the non-executive director of The Hongkong and Shanghai Banking Corporation since 1980 and became Deputy Chairman of the bank in 1985. He was also Deputy Chairman of HSBC Holdings in 1991–1992.

His two sons, Victor Li and Richard Li, are also prominent figures in the Hong Kong business scene. Victor Li works directly with his father as Co-Managing Director and Deputy Chairman of CK Hutchison Holdings, while Richard Li is the head of PCCW, the largest telecom company in Hong Kong. They are both Canadian citizens. He has a granddaughter Michelle Sarah Li Se De, who studied at the Chinese International School in Hong Kong.[48]

His son Victor Li was kidnapped in 1996 on his way home after work by gangster “Big Spender” Cheung Tze-keung. Li Ka-shing paid a ransom of HK$1 billion, directly to Cheung who had come to his house.[51] A report was never filed with Hong Kong police. Instead the case was pursued by Mainland authorities, leading to Cheung’s execution in 1998, an outcome not possible under Hong Kong law. Rumours circulated of a deal between Li and the Mainland.[51]

On 4 August 2011 at the interim results announcement for Hutchison Whampoa, Li endorsed Henry Tang for the forthcoming chief executive election.[17][52] Then Li said “You all can be just like me, one-person-one-vote (一人一票).”[53] The media then looked at Li in disbelief, and pointed out that regular citizens do not get one-person-one-vote.[54] Li then tried to laugh it off and said “maybe in 2017 they will have one-person-one-vote to choose the chief executive, I probably just said it a little early.”[17][55][56] Li was, however, criticised by Xinhua for not being unambiguous in his opposition to the Umbrella movement protests and his support for Leung.[57] Later, prior to the Legco vote, Li said that the largest threat to Hong Kong’s future was if the government failed to ensure passage of the 2014–5 round of political reform.[58]

Li’s business empire has presence around the world, including China. Li came under attack from Global Times in early 2015, when his companies put out word that it was considering selling prime Shanghai and Beijing properties. It became apparent that Li aimed at re-weighting his asset portfolio to more stable and transparent markets in the West.[59] Concerted attacks ensued and went into a crescendo as China’s economy slowed down dramatically in the second half, and the central government sought a way to stem the capital outflows. Specific reproaches were that his asset disposals were “an act of ingratitude” and “immoral at such a sensitive juncture”.[59][60][61] Security Times, a People’s Daily publication, estimated that Li has sold at least 73.8 billion yuan worth of assets since 2014.[59] Li’s holding companies denied divesting in China, saying that its asset disposals were being undertaken in the ordinary course of business.[60][62] The attacks stopped abruptly several weeks later, when editorials in official publications such as People’s Daily, Beijing Youth Daily took a neutral stance in unison.[59] 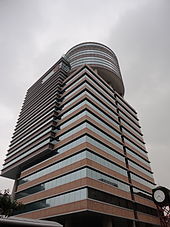